Tonight, I bring you PART I of my epic novel, The Sound and the Fast and the Furious, which is already slated for a major-motion picture starring none other than that exemplary thespian, Nicolas Cage, and will feature an exciting animated musical sequence:

The following entry truly is a tale full of sound and bad attempts at nerdy literature jokes and humor, told by an idiot, signifying nothing.  No, seriously, you’ve been warned.  It’s actually nonsense.

Some days at work, I am convinced I’m being set up on Candid Camera, and just as I reach my point of utmost confusion/exasperation/frustration, the camera crew is going to reveal itself and some James Marsden-from-Hairspray-doppelgänger is going to run out and say, “Smile, you’re on Candid Camera!”  (And then I’m going to proceed to beat the crap out of that guy, but that’s going to be covered in the sequel–The Sound and the Fast and the Furious 2, or maybe I won’t actually get to it until somewhere between 5 and 7).  Oh, what homage I would pay to John Locke and his eternal optimism and faith in the capacity of mankind in the aforementioned scenario.

NOTE: In my attempt to find a funny image for my probably-not-so-funny-and-not-so-smart attempt to use hoity-toity smart people humor, I came across the following image of this man when searching for John Locke:

it took a bit of research to realize that A) this is a character on the TV show Lost, B) I now have -50 points for living under a rock since that show only ran for about 454634 seasons and I never watched it and C) this fan-art exists: 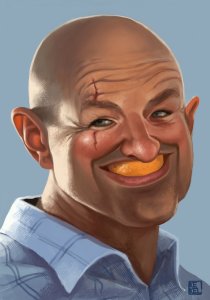 Catch 22 is probably my favorite book of all time, largely because it is 500-pages-worth of nonsense, and who doesn’t love a good read full of circular, satirical humor considering it basically mirrors the struggle dealing with other humans?  I first read Joseph Heller’s novel when I was an exchange student in Japan back in 2004, and since I obviously couldn’t speak Japanese and was required to sit through 7 hours of classes taught in a language I had no prior training in, I decided it would be worth my while to get a leg up on my summer reading for Senior Year.  Although Clueless contains some marks of sheer pop-culture and screen-writing brilliance, I couldn’t say the same for its basis, Jane Austen’s Emma, which I slogged through for a good week or so (and for the record, while I believe Jane Austen to have had one of the finest grips on the English language and an absolute master at subtle snarkiness, Emma just wasn’t doing it for me.  Trust me, when your only options are subtle satire on the 19th century English gentry or the monotone voice of your Classical Japanese teacher, it’s something akin to the 4th Circle of Hell in Dante’s Inferno).  It was much to my surprise that Catch-22 bore ABSOLUTELY no resemblance to Emma, whatsoever, but regardless of that fact, I’m pretty sure my Literature teacher still had us write a paper linking them together or something equally ridiculous.

CHAPTER III-WHAT THIS ENTRY IS ACTUALLY ABOUT

Today, I sat through a meeting that went something like this (I’ve obviously given it a little Heller-istic flare, in the spirit of things):

Man 1: “We are in dire need of more bodies to fill the jobs in Office A.  We have been told by the higher ups that we need to figure out the solution to this problem.”

Man 2: “The same higher ups who are telling us that Office A isn’t a priority over Office B and Office C?”

Man 2: “I see…and ‘they’ realize that Office A requires much more trained and skilled workers and that the work is much more urgent and risky?”

Man 2: “But, Office A still doesn’t get priority over Office B and C?”

Man 1: “The most urgent at the company.”

Man 2: “This is the same issue that we brought up and the higher ups said not to pay attention to a few months ago?”

Man 1: “That you should have brought attention to the issue a few months ago.”

Excessive bureaucracy seems to erode the ability to make rational decisions, or at least this is something I have noticed during my time in the Machine, thus far.  Joseph Heller wrote Catch 22 to describe the absurdity of living as a sane individual in an insane world.  All I could think about today was one quote from the novel:

Right now, I’m making my way through Melville’s titan, Moby Dick.  I plan on doing an entry once I am finished, but I can honestly say the most shocking thing about the novel is that it’s, well, modern.  Believe it or not, it is written in a relatively modern fashion (which also happened to be the reason why it was a flop at the time),  Both Moby Dick and Catch-22 are social commentaries that deal with the theme of the absurd; whether it is portrayed by the means of arbitrary social hierarchy and prejudices, the insatiable quest for the meaningless and the struggle of facing the indifference of the universe, or the irrational thought process that seems to so easily take hold of man.  Published almost 100 years apart, the similarities exuded by both novels only prove that human nature seems to remain the same, and that we may always be plagued with certain challenges (that is, until L. Ron Hubbard descends from the heavens to enlighten us all–or at least those of us who paid the entrance fee to his wacky club of wealthy lunatics).  This entry has already gone on long enough, so I’ll save the summary and more in-depth commentary of Catch-22 for now.  If you haven’t read it, I highly recommend it.

Oh, and as for Melville, his 500 page epic that countless high school students are subject to torture by, you know what it’s really got going on underneath all that Victorian Prose?  Fart jokes.  Yeah, that Melville guy was a real asshole.

Stay tuned for Part II of The Sound and the Fast and the Furious: CAGETANIC!! 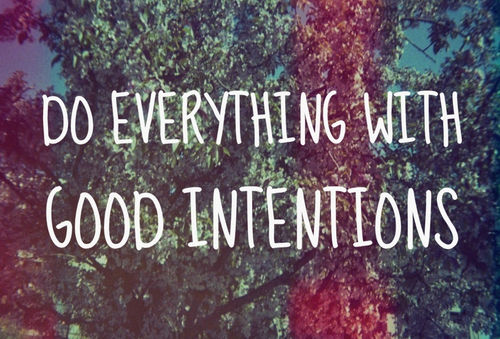 I wrote a post awhile back on the way we attract things to ourselves; not only people but jobs, money, etc.  On success in general, a few things stick out from my childhood in particular.  One was a saying my grandfather used on me quite often:

“You can’t just WISH to play the piano well; you have to spend the time practicing every day.”

The other is a line from the book, Jacob Have I Loved by Katherine Paterson, which is a novel about two sisters who mirror the relationship between Jacob and Esau.  Caroline is beautiful and talented while Sara Louise is awkward and unsure of her place in the world.  When a family friend leaves a large sum of money to Caroline instead of Sara Louise (who was under the impression that she would inherit said money), the gentleman says:

”Your sister knew what she wanted,” said the Captain, ”so when the chance came she could take it. Do not tell me no one ever gave you a chance, Sara Louise. You can make your own chances. But first you have to know what you are after, my dear.”

I have not read Rhonda Byrne’s book, The Secret, because I’m on the fence with regard to her intentions in publishing it.  I think the “law of attraction” is nonsense; the universe is composed of a series of random occurrences and trying to make up silly ideas like that kind of puts me off; there really is no secret behind what she’s talking about.  When people REALLY want something they go after it, and that goes for a type of career, all types of relationships with people, etc.  Success without or with just limited connections is achieved through sheer will, discipline, and desire.  It goes back to the piano saying; it’s not just enough to “wish” to play it well, in order to do so a good deal of time must be invested in practice.  And with regard to people, a relationship (family, friendship, romantic) is only as solid as what both parties invest; it is up to us to determine what we want to put in and get out of a relationship.

I think the reason I have been relatively successful so far in my life is because I live with the conviction that I’m working toward a specific end goal, and I fully believe that I can make a difference with regard to that goal.  I’ve had a vision of what I’ve wanted to do with my life for about 10 years now, and while I don’t believe in any magical abilities we have to make things suddenly happen because we “thought about them,” I DO believe that a driving vision is a fully rational way of paving the way for personal success. 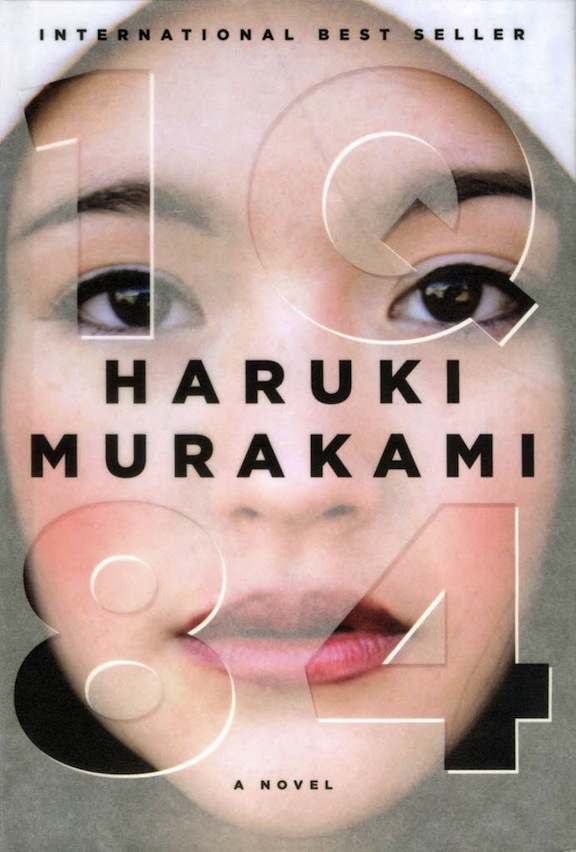 I finally bought 1Q84 by Haruki Murakami.  When I was younger, I swore off existentialism of any sort.  I was vehemently opposed to it (probably because I had no idea what it even was, at that time I just automatically associated it with Nietzsche, who I assumed was just an overinflated pessimist).  Now, not only do I find myself reading books of that genre, but also writing in that genre.  I think some of the ideas that make up existentialism are just understandings that we reach with the passage of time.  The meanings that we assign things are arbitrary; we have been conditioned to believe that there are patterns or things happen for a reason, when in reality, things just happen.  What we know as “reality” is subjective and we live through what we know (Matrix, anyone?).

1Q84 is Murakami’s modern take on George Orwell’s 1984  (in Japanese, “9” is pronounced the way English speakers say “Q”).  It is a sweeping work with numerous themes; one in particular which interests me.  One of the major characters starts noticing small, subtle changes in the world around her and the question is raised: What is reality?  I remember coming home one afternoon walking up my driveway and seeing my neighbors front porch; it was exactly as it had been, except all the furniture had been shifted to the opposite side.  When I saw this reflected in 1Q84, it was strangely comforting to know that others have thought of this possible “other reality.”  This story is also about connections we make in life; sometimes small and fleeting but strong enough to tie us to something in some way or another.

As I continue reading, I will write a more in-depth review.  Happy reading!